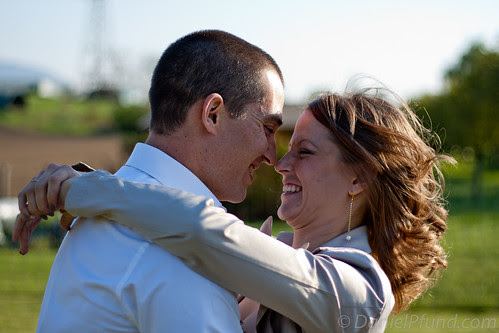 Love is in the air, originally uploaded by daniel_pfund.

A couple weeks ago, I had the chance to photograph a very special wedding. It was very special to me because:


Now, I'm not a professional photographer so I don't get paid to take pictures. I had no contractual obligations, only a moral one. Nevertheless, I was quite stressed out because the pictures had to come out right the first time and I really wanted to give it my best. There was no opportunity to re shoot the wedding later. So to be sure that my equipment was in order, I asked a friend if she could lend me her Canon 7D (thanks again Sylvie!) as a backup camera to my trusty old 450D. Since they were both Canon bodies, I was quite rapidly at ease, although I must say that there were quite a few little differences (I for example like to focus on the center AF point and recompose with the * button on my 450D, while the 7D had much better focus points, so I chose the center area to focus and it already had a dedicated AF button to the left of the *).

This was a small wedding (about 30 people) and they only did a civil celebration (inside) and feast afterwards. Pictures included the ceremony, then quite traditional group pictures outside and people eating at the restaurant. So there wasn't much creativity involved. I had some fun with my Canon 50mm/1.8 prime lens at the "after party", which were my personal favorites, otherwise I used my Canon 28-135 IS.

For the pictures of the ceremony inside I used my on camera flash, bounced on the ceiling. But I didn't check my settings, as I was shooting aperture priority (Av), and the camera was choosing a much too long shutter time. Even though the ambient was quite lightful (it was almost noon on a bright sunny day in a building with lots of windows), the camera dragged the shutter, and the flash didn't freeze the action. On the other hand, the pictures have more ambient lighting, but about 20% of them were out of focus due to subject movements (speeds of 1/20th for example, causing motion blur). So clearly, this was not the best solution and I messed up. Luckily the quantity made up for some lost pictures... Lesson learned: shoot in M (manual mode) with a speed of at least 1/125.

Afterwards I shot group pictures in the parc in front of the town hall. This was fairly basic, as you simply wait for one group to come in, take a couple of pictures, wait for the next group, rinse & repeat. Certainly nothing creative involved, but I guess these are pictures people like afterwards, so they remember who was there. Funily enough, my own wedding photographer told me at the time it was quite boring and very "static". I didn't quite understand what he meant back then... but now I sympathize!

When the group shots where done, we all went to eat in a nice restaurant and I took some candids of all attendees. These were mostly shot with available light.

Finally, a small group who wanted to stay longer went to my in-law's home and there I got some nice candids as well.

Overall I learned some essential lessons from this wedding:

Luckily I knew quite a few people attending the wedding, so I did much more than just take pictures. I can barely imagine what it's like to be a professional wedding photographer where you turn up and only know the bride & groom. For me, photographing events is a little boring, and thanks god I have a real job that's much more exciting!

In the end, my brother in law and his wife were very happy with the pictures delivered. Happy end ! 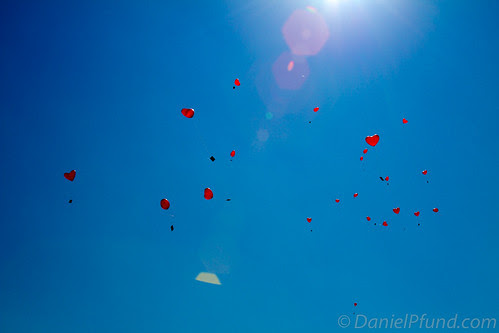