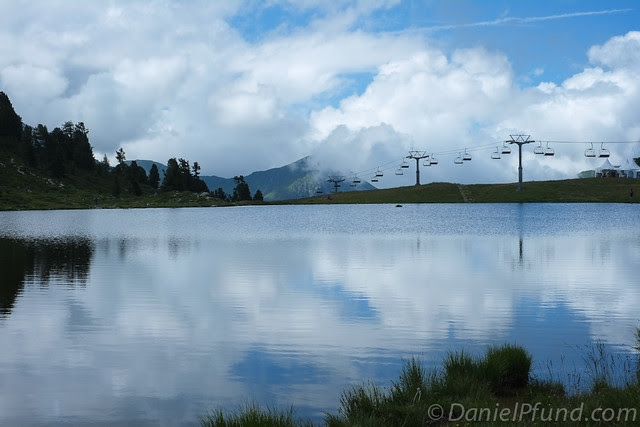 Every year in July, the best Alphorn players reunite in Haute-Nendaz (Valais, Switzerland) for the Festival international du cors des Alpes. This year I had the pleasure to be there and here are some pictures I took with mainly my Fuji X-Pro1 and the 35mm ƒ/1.4 lens. 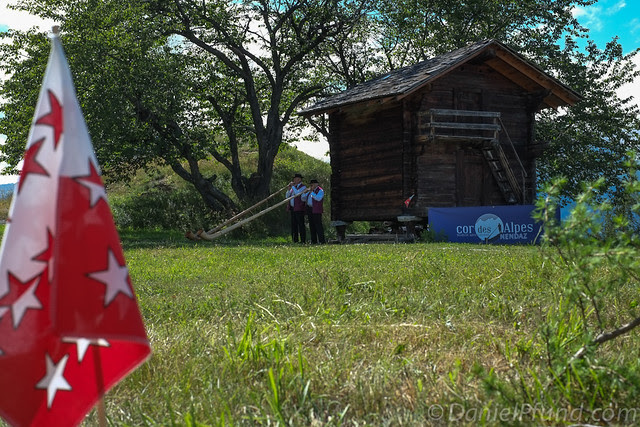 On Saturday, about 100 alphorn players compete in Haute-Nendaz. The jury is in a closed tent and cannot be influenced by seeing who is playing (as most alphorn players are well-known, it's a small family). They select 10 finalists to compete on Sunday, which takes place at the top of the mountain, in Tracouet. Again, the jury sits in a closed tent and select the 3 best players. 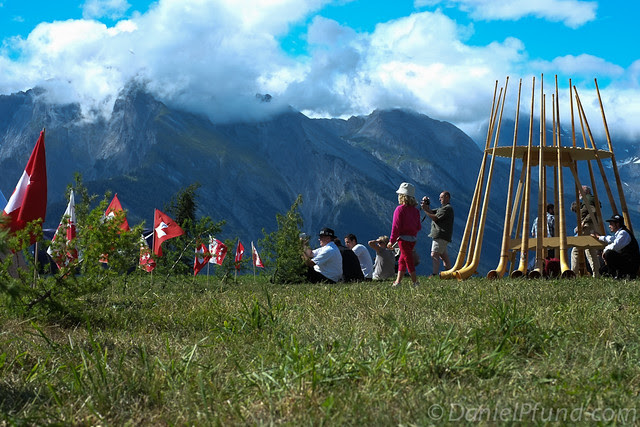 There are also other activities taking place, as a giant alphorn concert with 180 alphorns that day. I was mostly interested in this, as my father was amongst them. I must say, it sounded really great: on top of a quiet mountain, no other sounds than the alphorns. 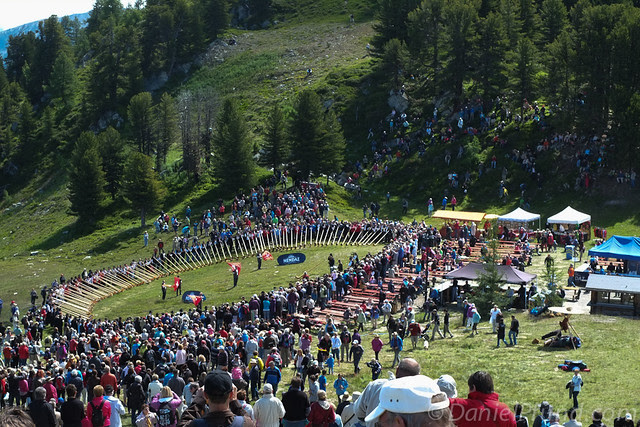 Other typical Swiss folklore activities where presented. For example the cow bell swingers from the group "Les S'naillons de Torgon". Those cow bells must weight a ton, as they were really extremely loud! 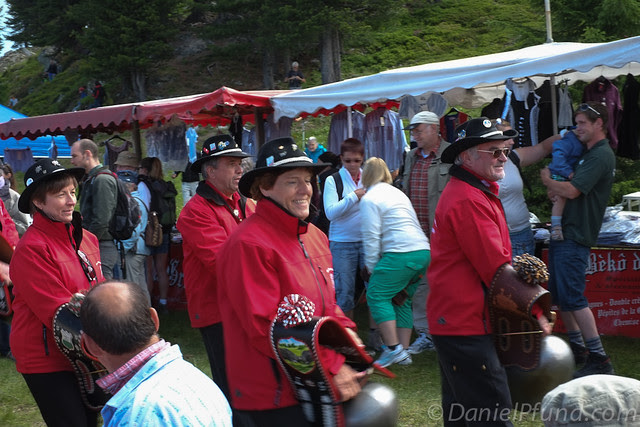 As for food, it was typical valaisan food too. I discovered a double raclette oven, and the server even told me there existed triple versions as well. Raclette is heated cheese, where they take half of a round cheese and grate off the top when it's hot. Highly recommended, it's delicious! And do not confuse this with a cheaper version where you buy little pre cut square cheese and heat it with an electric plate at home. 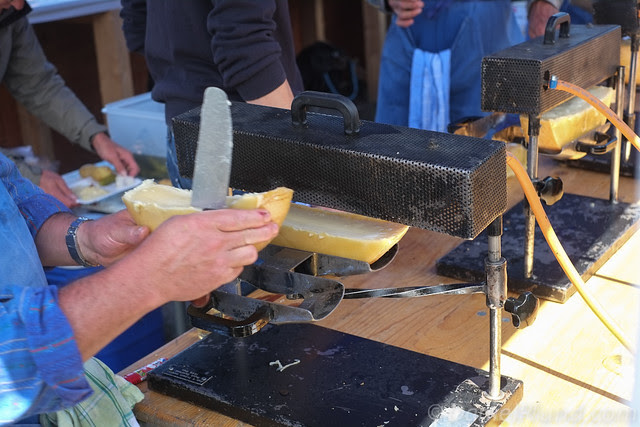 The panorama was really beautiful, with the sun shining just what was needed. Here's a panoramic picture taken with my iPhone.

If you're in the Valais in July, I would highly recommend you go see this festival. This was the 11th edition. The 12th edition will take place from July 26-28, 2013.

You can see some more pictures on my Flickr photostream. Thanks for looking!
Posted by Daniel Pfund at Monday, July 30, 2012 No comments: