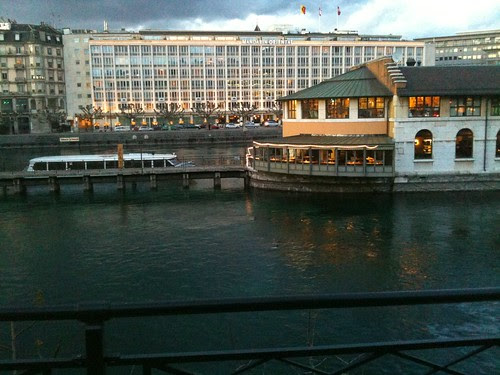 Hotel Mandarin Oriental, originally uploaded by daniel_pfund.
This is a photo of the Geneva Mandarin Oriental hotel, which used to be called the Hotel du Rhone before it was sold. The river flowing by is of course the Rhone, coming just out of the lake of Geneva.

The weather was a little overcast, but some great light came through and just shone on it. The time of the day was just before sunset, a period called the "golden hour" as the sun's rays are more towards the orange side than during the rest of the day. It also happens early in the morning, basically when the sun is low on the horizon. It's really the best time of the day to shoot with natural light.

This is an untouched iPhone photo.
Posted by Daniel Pfund at Monday, March 22, 2010